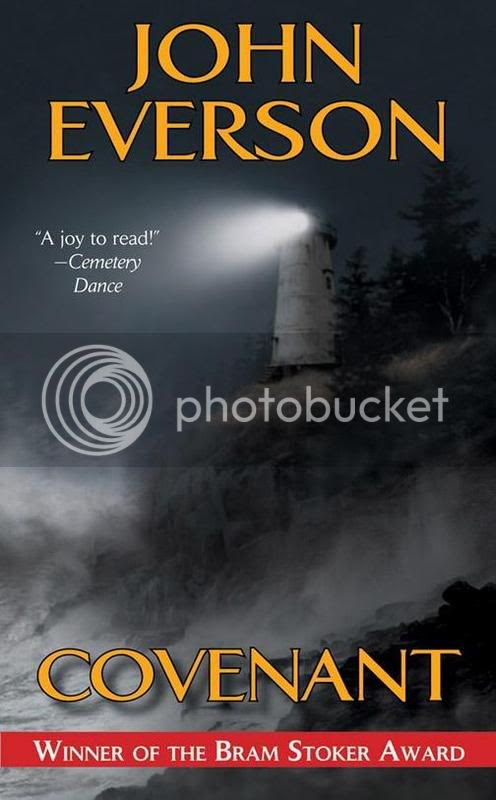 To the residents of the sleepy coastal town of Terrel, the cliffs of Terrel's Peak are a deadly place, an evil place where terrible things happen. Like a series of mysterious teen suicides over the years, all on the same date. Or other deaths, usually reported as accidents. Could it be a coincidence? Or is there more to it? Reporter Joe Kieran is determined to find the truth.

Kieran's search will lead him deep into the town's hidden past, a past filled with secrets and horror, and to the ruins of the old lighthouse atop the tragic cliffs. He will uncover rumors and whispered legends - including the legend of the evil entity that lives and waits in the caves below Terrel's Peak...

Horror... sex... suicides... sex... action (yeah, in the form of sex as well as other)... well... you get the idea!!! I'm an avid reader of both horror and erotica and when they are mixed together as well as John Everson has done with Covenant, well... that just puts a fan like me in "book heaven". Everson grabbed my attention immediately when I started this book and I had a hard time forcing myself to put it down in order to go to sleep at night or to go back into work after my lunch break each day. The scenes are compiled with such vivid details that I could truly visualize what all was going on. Of course, in some instances this might not have been the best of things. (John... if you're reading this I'm sure you'll know what I'm referring to!) I found this to be a great "starter" book for me into the works of Everson and am greatly looking forward to reading more works by him. (Especially the sequel to COVENANT... SACRIFICE... but do I REALLY have to wait until June of 2009?!?!?!?!?) I definitely recommend this to all fans of horror that don't mind a bit of sex put into the mix. Everson has quickly reached my top fave horror authors list, not only for his writing style, but also due to the fact that he is such an all-around great guy. I've conversed with him via email off and on for a while now and last weekend had the opportunity to meet him in person (see picture below) and get my copy of COVENANT signed. I like when authors take the time out to get to know their fans as I know at least one author that would probably be my fave author of all time if they were to do the same, but due to the lack of that I can't put them up at the top of the list. Sorry... I've gotten off on a tangent, but in conclusion... READ COVENANT BY JOHN EVERSON!!!!!!!!!! 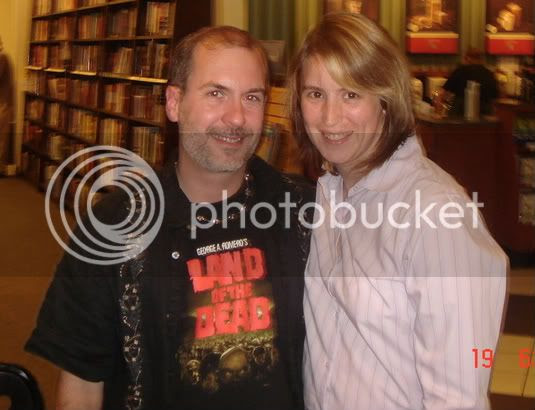 Posted by SandDanz at 8:02 PM No comments: 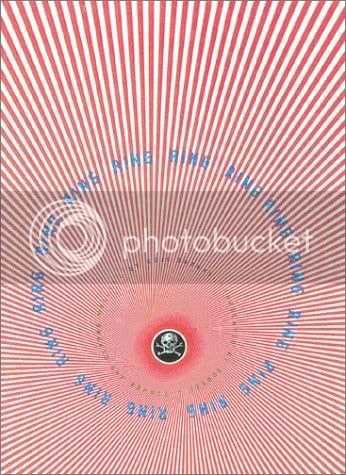 One night in Tokyo, four healthy teenagers die one after another of heart failure. A journalist, the uncle of one of the victims and intrigued by the coincidence, investigates and learns of a videotape that the four watched together a week before dying. Amid a series of bizarre and frightening images is a warning that the viewer will die in exactly one week unless a certain act is performed. The description of the act, of course, has been erased from the videotape, and the journalist's work to solve the mystery assumes a deadly urgency.

Ring is not only a chillingly told horror story but also a shrewdly intelligent and subversive commentary on the power of imagery and contagious consumerism. Ring spawned one of Japan's highest-grossing films ever as well as the blockbuster DreamWorks remake starring Naomi Watts. The Japanese version of the novel has sold almost 3 million copies.

In addition to being dubbed "the Stephen King of Japan," Koji Suzuki is a respected authority on childrearing. He likes to roam Japan in his RV and has written about fulfilling his lifelong dream of riding his motorcycle across the United States, from Los Angeles to Key West. Suzuki is based in Tokyo.

I read this book several years back and then went on to watch both the American and Japanese versions of the movie... therefore, I had to read the book again to make myself feel better about the storyline once again. The movies SUCKED!!! On top of that, they really didn't follow the book at all. After having re-read the book I realized just how much worse the movies were than I originally thought. It's like it was a wole new storyline rather than a movie form of the book. I also didn't get why people thought the movies were so scary. Uh... yeah... sur-re!!! Anywho... the book is VERY good and I love the way Koji Suzuki writes. I'm looking forward to progressing further with this trilogy as I've yet to read SPIRAL or LOOP. I will review them as I read them. Oh... and in case you're curious... find below the trailers for the two craptastic movies... 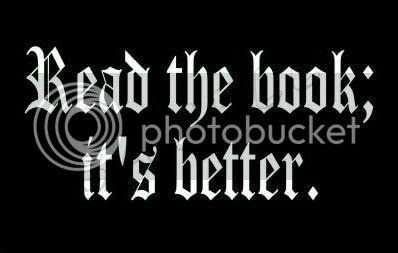 Posted by SandDanz at 8:01 PM No comments: 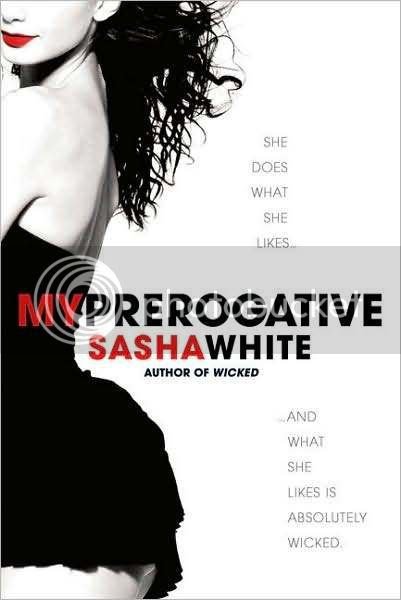 Kelsey Howard is happy with the single life. She has friends, a job tending bar, a nice apartment, and the freedom to enjoy wild sex games with strangers— the riskier the better. But what she really wants is love.

Then Kelsey realizes she's got a voyeuristic neighbor watching her every move—and every move she makes is arousing them both. Not only is she not scared, she thinks she may have found her soul mate. Especially when she meets the mystery man in the flesh. That's when the fun really starts, and Kelsey realizes just how far she's prepared to go for love.

Sasha White strikes again! Her latest in this series focuses on Kelsey Howard who is a single bartender who likes things a bit more wild than most. This book, like all of Sasha's books, is hot and steamy, but filled with a great storyline that keeps the reader from putting the book down for very long. One of my favorite things about this book of Sasha's was the bachelorette party that Kelsey planned. I loved the ideas she came up with. Another scene that I COMPLETELY related with was where it was described about Kelsey's experiences with online dating. I believe most everything said within that section is something I've had to face in the past... was glad to know I obviously wasn't alone because I'm sure the author has heard others to have had those experiences in order to have put it within this book. I also really enjoyed the character of both Kelsey and Harlan. They really grew on me as the book progressed. I hope that in future books in this series that Sasha will bring them back to see where things go with them.

In addition to the main story, Sasha included a short story called LOSING IT, which focussed on Lacey. This was one VERY hot short story and the bachelor party that Lacey planned in this was even better than the bachelorette party from the main story in the book. I bet I know several guys that would enjoy attending such a party!

Now I'm just anticipating the next book of this series... or at least I'm HOPING there's another in this series. In the meantime I'll be picking up Sasha's PRIMAL MALE (sequel to SEXY DEVIL) this November in order to hold me off.

Posted by SandDanz at 8:00 PM No comments: