Taste of Tenderloin is comprised of eight unique stories based on life in the underbelly of San Francisco. All of the stories are connected, as they take place in the same neighborhood, and a recurring character pops up throughout to help show this connection. The language that O'Neill writes in is rich and vivid, showing he is a strong storyteller, but there was something about the stories in this particular collection that didn't grab me. All of the stories seem to end in doom and gloom and left me saddened after reading them. I guess maybe I just needed a happy ending while reading this book and was disappointed over and over again. This is definitely not a good book to be reading on an already gloomy day.

Posted by SandDanz at 7:35 PM No comments:

David Shale has come to Castle Point to stay with his aunt and train for the Olympics. While out riding, Shale gets knocked off his bike by a distracted police officer, Christy Sorenson, in her car. She rushes him to the nearest building, Castle House Lodge, which a century ago was an exclusive resort hotel. Upon entrance they are told it has been renovated into a mental hospital for pregnant women. Later that night, Shale goes to a bar to ease his pain from the accident, and meets a girl who later ends up missing. Actually, LOTS of girls end up missing! Both Sorenson and Shale are wondering if it's a coincidence that Castle House Lodge has just happened to get renovated at the same time as the disappearances started taking place.

Once again, Everson has written a wonderfully erotic demonic twisted tale. He begins his story by giving the readers a chance to get to know the main characters and get emotionally attached, and then throws them into the nightmare in the latter half of the book. Everson's brutal depictions of the killings throughout the book will turn some readers off, but for the true horror and gore lovers out there, they will crave every last drop of blood. In true Everson fashion, The 13th also has sexual scenes and demonic possession. This book crosses over many sub-genres of horror in order to fulfill the needs of all horror readers. Highly Recommended! 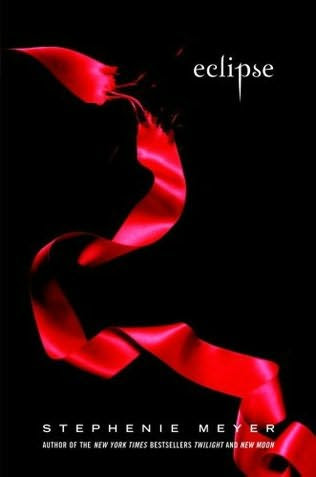 The Twilight saga continues in Meyer's third book with a series of unsolved murders taking place in Seattle, Washington. A young vampire is suspected, but later the Cullens realize the there is a bit more involved than just one vampire. It's more like... an "army". With preparations for battle underway, the ever-growing love triangle between Edward/Bella/Jacob continues. Bella insists on seeing Jacob despite Edward telling her that it is too dangerous. Then Edward proposes to Bella, which she hesitantly accepts. This practically causes Jacob to lose his mind. Trying to calm him down, Bella ends up kissing him and in return finds out that she cares for him more than she realizes. Who will she end up choosing in the end? And how will the battle turn out?

While Meyer's series showed improvement in the second book of the series, New Moon, I felt that this book took a step back in quality. The focus on the love triangle was quite heavy and there was a lot of emphasis on Bella whining through the majority of the book. This left a very sour taste in my mouth and honestly made me hesitant in wanting to carry on with book four. Younger readers may not mind this as much and will probably enjoy this title more than I did. Recommended for teens.

Posted by SandDanz at 5:54 AM No comments:

The second novel in Stephenie Meyer's Twilight series starts off with the Cullen family throwing Bella Swan an 18th birthday party. At the party, Bella accidentally cuts her finger on one of the gifts she is opening and Jasper Cullen, attracted to the scent of her blood, attempts to attack her. Luckily, Bella's boyfriend and Jasper's brother, Edward, is able to protect her. After this incident, the Cullens decide that it is safest for Bella to move away from Forks. This leaves Bella sulking and moping around. Eventually, she finds that her only way to cope with her depression is to put herself in danger as when she is in harm's way she hears Edward's voice in her head trying to stop her. She goes to Jacob Black, an old family friend, to help her out with this, and he helps her restore a couple of old motorcycles. Jacob and her become very close as the story progresses and she discovers more and more about him including that he has a secret of his own... he's a werewolf. How will this secret affect Bella's feelings for Jacob when she knows that the werewolves are the Cullen's biggest enemy?

New Moon is a much stronger book than Meyer's first, Twilight. There are not a lot of initial character descriptions to wade through, as readers are expected to have already read book one so the book starts off at a faster pace. Also, the fact that the Cullens are absent for the majority of the book means there are fewer of the lovey-dovey Bella/Edward scenes to read. However, there are still numerous scenes of Bella whining about how she misses Edward and how she wants to be with him, etc... etc... ad nauseam. Many times I found myself wanting to toss the book across the room due to Bella's annoying whining, but due to the entrance of the werewolves, I was able to continue on. Jacob Black and the rest of the werewolf pack actually made this book fairly enjoyable. Wondering what is going to happen with the whole Jacob/Bella/Edward love triangle will now lead me to continue on with the rest of the series. It's like a train wreck I can't look away from. Recommended for teens.

Posted by SandDanz at 9:45 PM No comments:

This was a book I edited to help out an author friend of mine. :)
Posted by SandDanz at 6:05 AM No comments:

The Kult starts off from the eyes of a serial killer, fittingly given the name, The Oracle. He believes that all people are predictable, and that that's what makes them so easy to kill. After The Oracle kills a person, he sends in a picture to the police of the body with pictures of various other serial killers surrounding the body.

Detective Chief Inspector Prosper Snow is heading the case of The Oracle and is at a loss to what the significance of the surrounding pictures within these pictures could mean. While deep into the case, Snow gets an email in one of his private email accounts at home, The Kult email, set up between him and his old school buddies. They had formed the Kult so they could help each other out. In this email, one of Snow’s friends asks for assistance. Unfortunately, it is more than the typical "beat so-and-so up for me" request. This friend’s wife has been raped, and he wants revenge on the rapist. He wants someone killed! The friend thinks that the timing is good to set it up to look like The Oracle is the killer. Hesitant to go along, Snow finally gives in to his friend's wishes. Once he agrees, all kinds of crazy things start happening and Snow doesn’t know what to do as it appears now that someone is trying to frame him for ALL of the murders!

Shaun Jeffrey had me on the edge of my seat from the get-go with this book. I was trying to guess throughout the book who The Oracle was, but Jeffrey’s plot twists and turns, and threw me off enough that I never did figure out exactly what was going on until the very end. The book was extremely suspenseful, and with short chapters, I had a hard time putting it down, as I figured just one more couldn't hurt! This was my first glimpse into Jeffrey’s writing, but I will definitely be delving deeper, as I was mesmerized by this book. I think anyone that enjoys a good mystery, thriller, or horror novel would enjoy this book. Highly recommended!

Posted by SandDanz at 7:33 PM No comments:

Walking to school the day before Halloween, Davey and Dennis spot a cat hanging in front of the old, abandoned Bentley place. Dennis tells Davey the story of how the Victorian house is said to be haunted after old man Bentley killed his family several years ago and that their ghosts still live within. Davey is hesitant to believe his friend’s story, but later that day when they return to see if the cat is still hanging where they last saw it, Dennis still insists that it is true. About that time, Davey’s crush from school, Lacy, shows up and asks what they are up to. Dennis accuses Davey of being chicken and not wanting to go check out the house with him. Being teenage boys, this starts a back and forth argument and ends up in a DARE! Not wanting to look bad in front of Lacy, Davey agrees to the dare, but not in daylight where they could get caught going into the house. They all agree that the next night, on Halloween, when they are out trick-or-treating, that Davey and Dennis will go into the old Bentley place, but what will they find inside?

Brett Williams’ The Dare is a very fun Halloween read! The first part of the book is basically setting up the scene of who is who and getting the “dare” initiated. It also sets the stage for the “haunted house” that Davey and Dennis are to investigate. The second part of the book is where the kids are going around trick or treating, which is a lot of fun as you get to witness the antics of kids of all ages and also foreshadows to dangers ahead as Lacy and her friend run into a couple of creepy characters that are in search of the Bentley place. And the last part of the book takes place when they finally reach the Bentley place and Davey and Dennis venture inside. Williams does an excellent job with the flow of the story and building up to the final scenes of the book. This book seems to be aimed towards a young adult audience, but I think that fans of horror at any age would enjoy this great novel. Highly Recommended!

Review also posted at MonsterLibrarian.com
Posted by SandDanz at 8:23 PM No comments: